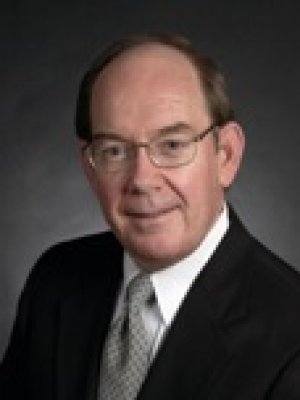 Thomas R. Clark, CLU, ChFC entered the life insurance business in 1966. He became licensed forsecurities in 1969. His practice began by serving individual family units and evolved into the business market during his first five years. It became apparent from his earliest experiences that most people did not object to the concept of acquiring insurance or securities. However, they seldom had extra cash in the budget that could be used for that purpose. As a result, income tax planning was used to free dollars for use in acquiring insurance and making investments.

As his practice developed, it became apparent that many people were using their personal, after-tax dollars to purchase items that were already part of a benefit package that was provided by their employer. The need for a better system of communicating and coordinating benefits was obvious. Finding creative ways to deliver employee benefits on a tax-favored basis was a natural evolution. Creation of Compensation Designs, LLC followed in 1985. The company history is at Our Firm.

A member of the local, state and National Association Insurance & Financial Advisors (NAIFA), Clark created the association's state lobbying program and was a registered lobbyist for eight years. He served all offices of the local and state. He served as the state's National Delegate for eighteen years. He served as chair or vice-chair of several national committees and was elected twice to two-year terms on the National Association's twelve member Board of Directors representing over 140,000 professional agents. Clark served on the task force, which created the Association of Health Insurance Agents (AHIA), that arm of NAIFA, which was created to participate in the debate over national health care. He served as Co-Chair of the association's Political Action Committee (PAC) for five years.

Active within his profession, Clark is Past President of: Polk County Estate Planners; Des Moines Estate Planning Council, Des Moines General Agents and Managers Assn. and the Iowa General Agents and Managers Assn. as well as First Christian Church and the First Christian Church Endowment Foundation. He is also past Chairman, Ethics Committee, of the Iowa Chapter of the International Assn. of Financial Planners and has served on several committees of the Des Moines Chamber of Commerce. 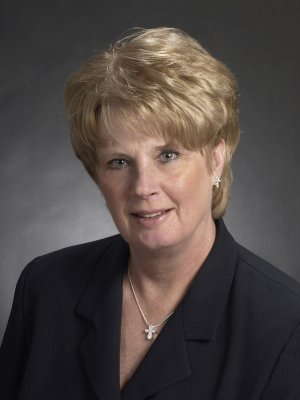 Jill Herwig Clark was involved in the insurance industry as an agent and field supervisor for nearly ten years before joining Compen$ation Designs in 1986. This was the time when the firm established a flexible compensation operation based on IRC 125.

Clark has been an innovator in the benefits arena, writing and speaking on the value of a well-developed plan for benefits. Today's buzz-word for her concept is Defined Contribution Benefit Plans. The concept has been central to the practice of Compensation Designs for more than ten years. Jill is a leader in various industry organizations and has been an active participant in the Employer's Council for Flexible Compensation (ECFC). A thorough knowledge of IRC code sections involved in benefits is the foundation of Clark 's expertise. But field experience, understanding the dynamics of the market place, and knowing how to assist management and human resource people is the reason she is in such demand. Fact, figures and laws tell you what you can and often can't do. Well-designed plans can accomplish the objectives of an employer without violating the laws governing benefits.

Clark has held all of the offices of the Des Moines Association of Insurance and Financial Advisors (NAIFA Des Moines ) and is currently serving as the President of the Iowa Association of Insurance and Financial Advisors (NAIFA Iowa ). She is the first woman to be elected to this position in the history of the association. She chaired the 2005 Sales Congress which produced the largest attendance in the last ten years. And, thanks to the hard work of an outstanding committee from the Northwest Iowa Region, and the support of many Iowa insurers, they were able to bank a profit in excess of $17,000. 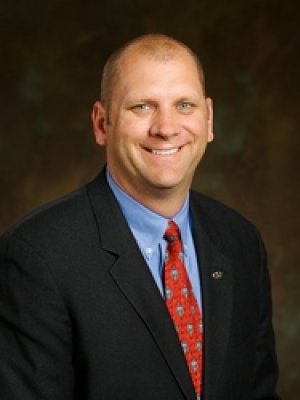 Gerrit Vrieze brings the knowledge and discipline of an extensive military background to his career in financial planning. He spent 10 years in the Army, six of those years in the 82nd Airborne Division, with real world deployments in Honduras, Panama and Saudi Arabia. Gerrit was awarded three Army Accommodation medals and three Army Achievement Awards. As a result of his broad military base and excellent performance, he was honored with added responsibilities to lead, train and instruct others.

For the past eighteen years, Gerrit has created an impressive resume. He comes from a family deeply rooted in the financial services industry. After leaving the service, Gerrit elected to join a major eastern mutual insurance company where he learned the importance of creating a sound financial foundation. Then he choose to leave the security of a large organization and instead stepped out on his own, joining a small independent financial advisory firm. This provided him with the ability to offer a broad range of solutions to his clients without restrictions. This freedom allowed him to follow his conscience in serving clients instead of meeting a sales quota.

Today, Gerrit focuses his financial advisory practice on working with corporate executives and senior managers. He currently holds series 6, 7, 24, 63, 65, life and health licenses. Some clients need advice, some coaching, some encouragement and some support which comes from a large and diverse investment background. Whatever the objective, Gerrit delivers quality advice and exemplary service.

Gerrit is highly respected in the community as well as in the workplace. His family, church and amateur sports involvement add richness to a full and successful life. His integrity and the importance he places on his family have impressed his clients, friends and co-workers. Gerrit is a team member who inspires others to aim for excellence in all that they do. With focus and objectivity, Gerrit seeks to serve his clients on all levels of their wealth management. His guiding principle is that obstacles are what you see when you take your eyes off your goals.

Advisory services offered through Sowell Management Services (“SMS”), a registered investment advisor. SMS and its representatives are in compliance with the current filing requirements imposed upon registered investment advisors by those jurisdictions in which SMS maintains clients. For information pertaining to the registration status of SMS, please contact the SEC or FINRA. A copy of SMS’s current written disclosure statement discussing SMS’s business operations, service and fees is available upon written request.

General: This site has been designed for information purposes only and does not constitute an offer to sell or a solicitation of an offer to buy any security which may be referenced upon the site. Such offers can only be made where lawful under applicable law. Compensation Designs does not intend to provide investment advice through this site and does not represent that the securities or services discussed are suitable for any investor. Investors are advised not to rely on any information contained in the site in the process of making a fully informed investment decision. Compensation Designs does not, and this site does not intend to, render tax or legal advice. Certain portions of this website may contain a discussion of and/or provide access to Compensation Designs’ (and those other investment and non-investment professionals) positions and/or recommendations of a specific prior date. Due to various factors, including changing market conditions, such discussion may no longer be reflective of current position(s) and/or recommendation(s).

Links: At certain places on our website we offer direct access or ‘links’ to other internet websites. These sites contain information that has been created, published, maintained or otherwise posted by institutions or organizations independent of Compensation Designs. Compensation Designs does not endorse, approve, certify or control these websites and does not assume responsibility for the accuracy, completeness or timeliness of the information located there. Visitors to theses websites should not use or rely on the information contained therein until consulting with an independent finance professional. Compensation Designs does not necessarily endorse or recommend any commercial product or service described at these websites.